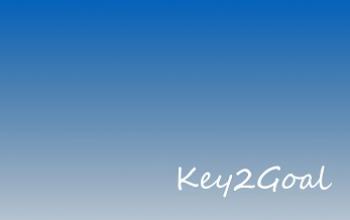 ##Drush is your friend

I had used Drush previously so I knew it can be a real time saver. For anyone reading this who is not familiar with Drush, it is a command line tool used to manage a Drupal installation and run all kinds of Drupal commands. Such as: run cron, clear caches, make backups, install modules etc. If you do Drupal development and are not using Drush, you really should. It saves you time and makes working with Drupal more enjoyable by not having to click around the Drupal admin interface that much. Drush is your friend.

According to Drupal Core update instructions the update process involves more or less the following steps:

Also, it is always best to do a trial run of the complete update process on a test server before updating production environment. There are some Drush commands that can be used to sync a Drupal database to a remote server that help you in managing a mirrored testing server, but those are out of the scope of this post.

I will now describe the Drush commands I used to accomplish the above steps and update my multisite Drupal. Please note that the commands listed here are for Drupal 7 and Drush 5, so the commands may vary for different versions. Most Drush commands also have a shorthand version but I will be using the full commands in this post to better illustrate what each command is doing. Feel free to explore the Drush help/documentation to learn about the shorthands and all options available for each command.

To completely backup a Drupal installation, you need to backup the files and the database. Drush has two different commands for backup purposes; archive-dump and sql-dump. The former backs up everything including files and database as the latter only dumps the database. Since the archive-dump command wraps everything in a single file, including Drupal core and all the files, I did not want to run it on all of the 62 sites (and thus getting 62 tarballs with the same Drupal core code base). So I decided to use the sql-dump command in Drush and create one tar file of the whole Drupal root manually.

Here is the command I used to backup all the databases:

This command will dump all the different databases used by the sites into individual files. The –result-file switch tells Drush to save the dump into a file (using date based filename under ~/drush-backups directory when no filename is specified) and the –gzip switch obviously makes it gzip compressed.

Just for the sake of completeness, here is the command I used to create a tar archive of the Drupal installation:

The Drupal maintenance mode (or offline mode as it was called in previous Drupal versions) is saved as a Drupal variable in the database as are any other Drupal options that can be set using the admin interface. To change variable values using Drush we can use the variable-set command. You also need to clear caches for the maintenance mode to take effect, so we also need to use the Drush command cache-clear. Also make sure you are logged in to the sites (at least one that you can use to test) before putting the site into maintenance mode. As a logged in admin user you can see the site normally instead of only the maintenance mode notification so you can verify everything is working correctly after the update.

Here are the commands used to put all the sites into maintenance mode:

To update Drupal core and also all installed contrib modules (/sites/all/modules), the pm-update command can be used. It downloads the latest version from drupal.org and installs the updated versions. A list of modules to update can also be passed on as argument to this command (and drupal can be used as the module name to update only Drupal core). Since I was feeling a little bit adventurous, I decided to update all contrib modules also at the same time.

Because we only have the core and module files in one place in the filesystem even though they are used by all of the sites, we only need to run this command on one site and not all. Thus we use the default keyword instead of @sites with this command.The pm-update command also runs the database update script, but since we have to run it for all of the sites, we could have also used the pm-updatecode command, which is similar to pm-update except it does not run the database update script.

Here is the command to install the updates:

Now we have the updated versions of Drupal core and contrib modules. Drupal has a system for migrating database changes when updating. Normally when you update a module this is run automatically when you visit the modules page in the admin interface. But when using Drush to install the updates, we have to run it manually on all the sites since they all have separate database. This can be accomplished using the updatedb command as follows:

And now the update is done, time to test everything is working correctly. Now is the time to revert in case something went wrong. And I mean seriously, test EVERYTHING. It’s not that uncommon to run into issues, especially when using lots of contrib modules. I will outline some issues we ran into in the last chapter.

Ok, so everything seems to be working like a charm (or you have been busy debugging, googling, fixing, pulling out hair and cursing and finally got it working). Time to open the doors to the public again. This is almost identical to step 2, only set the variable value to 0 to disable the maintenance mode. And also remember to clear the cache.

Here are the commands used to disable maintenance mode on all the sites:

Congratulations, if you have been following this guide to update a real Drupal installation and got this far, you should now have your Drupal multisite installation running a shiny new version of Drupal and also the latest and greatest of contrib modules.